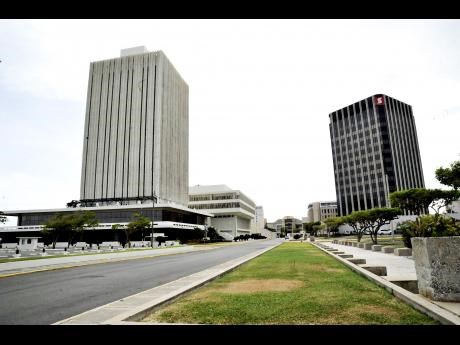 Jamaica's central bank is reporting an annual average decline in new on-performing loans, or NPLs, by more than a billion dollars over two years to December 2016, partly because lenders have more access to borrower information from credit bureaus.

As a result, customers are more cognisant of the impact that their credit rating has on the ability to access credit, according to the latest Quarterly Monetary Policy Reportpublished by the Bank of Jamaica, BOJ.

Increased access to borrower information has also enabled better credit underwriting and management by deposit-taking institutions - inclusive of commercial banks, building societies and merchant banks - as evidenced in increases in net write-offs and net repayments, said the report which covers the June 2017 quarter.

Those developments demonstrate the banks' emphasis on, and commitment to, managing the credit risks inherent in their portfolios, especially in a context where borrowers have demonstrated an increased appetite for debt.

It also reflected in a faster rate of growth in household and corporate debt relative to real income for 2016, as well as the fact that they have access to lower-cost financing, the central bank.

The decline in new NPLs was also occasioned by an increasing trend in the term structure of loan portfolios since December 2014. BOJ said they have been writing, on average, longer-tenured loans over the last two years, which supports an easing of credit terms that has engendered borrowers' improved servicing of loans.

In its analysis, the central bank said that for the five-year period ending December 2016, the portfolio of NPLs for the banking system contracted at an average annual rate of 10.4 per cent or $2.8 billion, reversing seven consecutive years of deterioration in credit quality from 2005 to 2011.

During the five-year period, commercial banks accounted for 73.4 per cent of the system's overall NPL portfolio, recording an average annual improvement of $2 billion.

That performance was followed by merchant banks and building societies with annual average improvements of $600 million and $200 million, respectively.

In terms of total NPLs for the sector, there was a cumulative net reduction of $13.8 billion during the five-year period, nearly half of which occurred in 2015 and 2016.